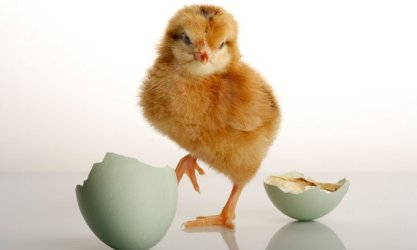 Eating Chickens and Eggs is NOT “Better” for the Environment

Hope Bohanec, UPC’s Projects Manager, and videographer Kamal S. Prasad, who records our annual Conscious Eating Conference, published Letters to The Editor in the North Bay Bohemian January 20, 2016, challenging the notion that “chicken” production is better for the environment than “beef.”

Of chickens and trees

It was interesting to read that there is a new “-atarian” in town, the climatarian! (“Climate Menu,” Jan. 13). The growing awareness of the impact of our food choices on the planet is encouraging, but this article only takes us halfway across the road of climate disaster.

While it’s true that beef and dairy contribute significantly to climate change, when compared to plant foods, pork and chicken are extremely harmful as well. If everyone in the United States skipped one serving of chicken per week, the carbon dioxide savings would be the equivalent of taking more than half a million cars off our roads. From an ethical standpoint, because chickens’ bodies are so much smaller than cows’, they feed less people, so choosing chicken over beef can cause more animals to suffer and die. Don’t just switch from beef to pork or chicken; get the slaughterhouse out of your kitchen and choose a carbon-friendly, compassionate vegan diet.

While it is true that a single bovine has a larger greenhouse-gas footprint than one of the smaller animals we breed for human consumption, switching to eating chicken is not the way to solve the climate problem. Over 8 billion of the 9 billion animals bred for human consumption every year in the United States are chickens. The sheer number of chickens being bred every year puts their environmental footprint on par with the larger animals. It may even be worse.

For example, billions of chicks are hatched in incubators, which require vast amounts of energy to run, for the egg-laying industry. Half of those chicks will be male and therefore no use to the egg industry and will be killed within hours of their birth. The bottom line is that animal agriculture cannot be made sustainable in a world with a growing human population and demand for animal products, and a dwindling supply of resources to support it.